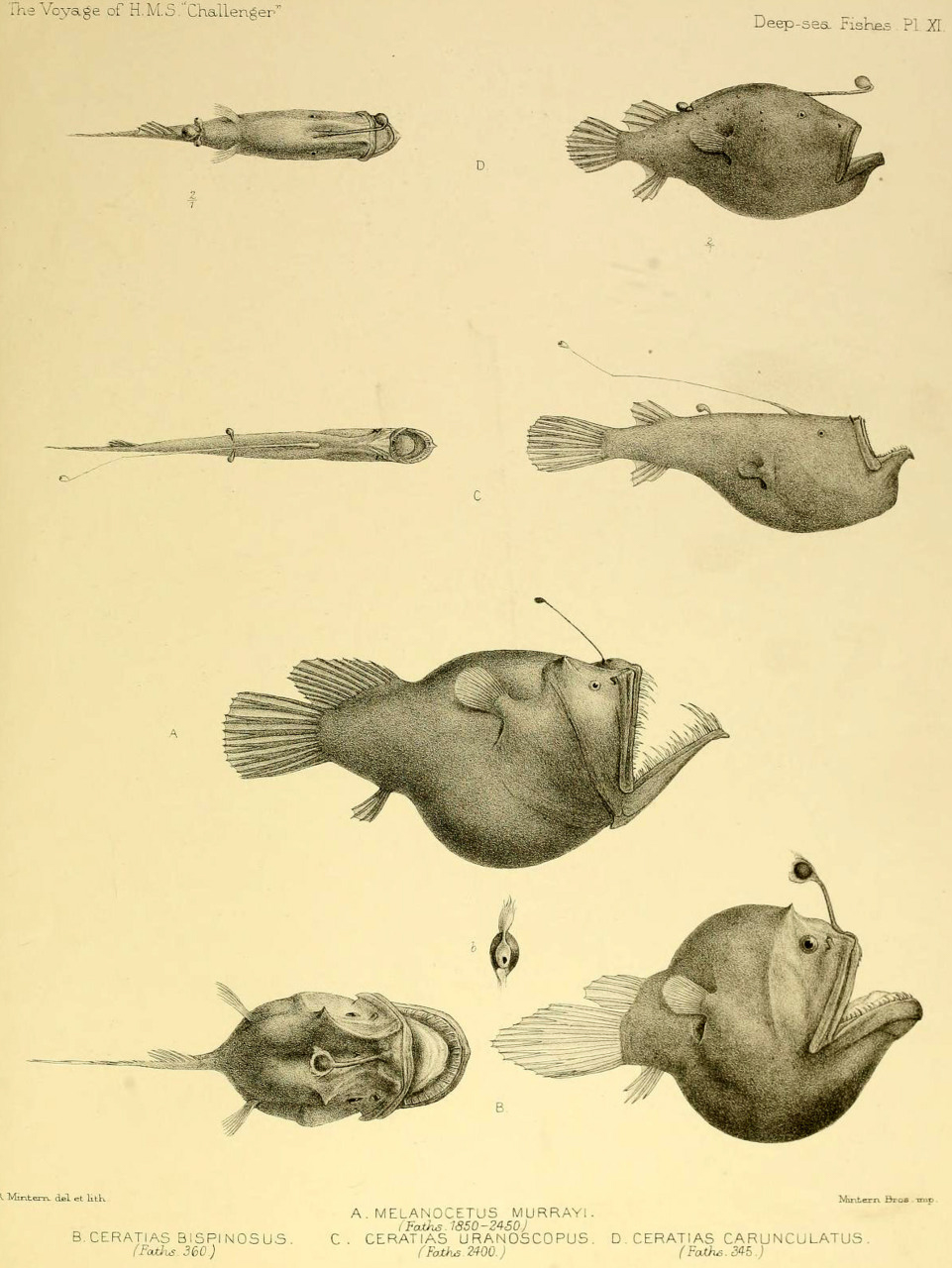 Melanocetus Murrayi is the scientific name that defines the abyssal anglerfish, a particular species found in the depths of tropical and temperate oceans, down to 1,500/2,000 m. The name comes from the Greek ‘melanos’ that means black, and ‘cetus’ meaning ‘sea monster’.

The peculiarities of the M. Murrayi are predominantly found in the female, that reaches 18cm of length, has depressible and sharp teeth, globose and scaleless body, and an illiceum, the singular long dorsal spine ending with an esca, that the anglerfish use to attract preys through the bioluminescent ‘fishing lure’. This bioluminescent anomaly is produced by bacteria that are dissimilar in each anglerfish, making the light so produced unique to the ‘Black Sea Monster’.

The M. Murrayi was described for the first time in 1887 by the zoologist Albert Günther. However, the anglerfish was named after the British biologist Sir John Murray, who participated in the groundbreaking Challenger expedition of 1872-1876, when a specimen of M. Murrayi was found in material located in the ocean.

For the first time, scientists have footage of the ‘Black Sea Monster’ (Melanocetus sp.) in its natural environment on November 22 2014, when it was spotted during a remote-operated diving exploration of the Monterey Canyon. The footage was recorded at an ocean depth of 5,000 meters and the fish was using its trademark lure to troll for prey just off the seafloor.

What is more, in 2003, Melanocetus Murrayi has a glance of fame among Hollywood stars, acting, showing its remarkable talent, in Finding Nemo as one of the villains. 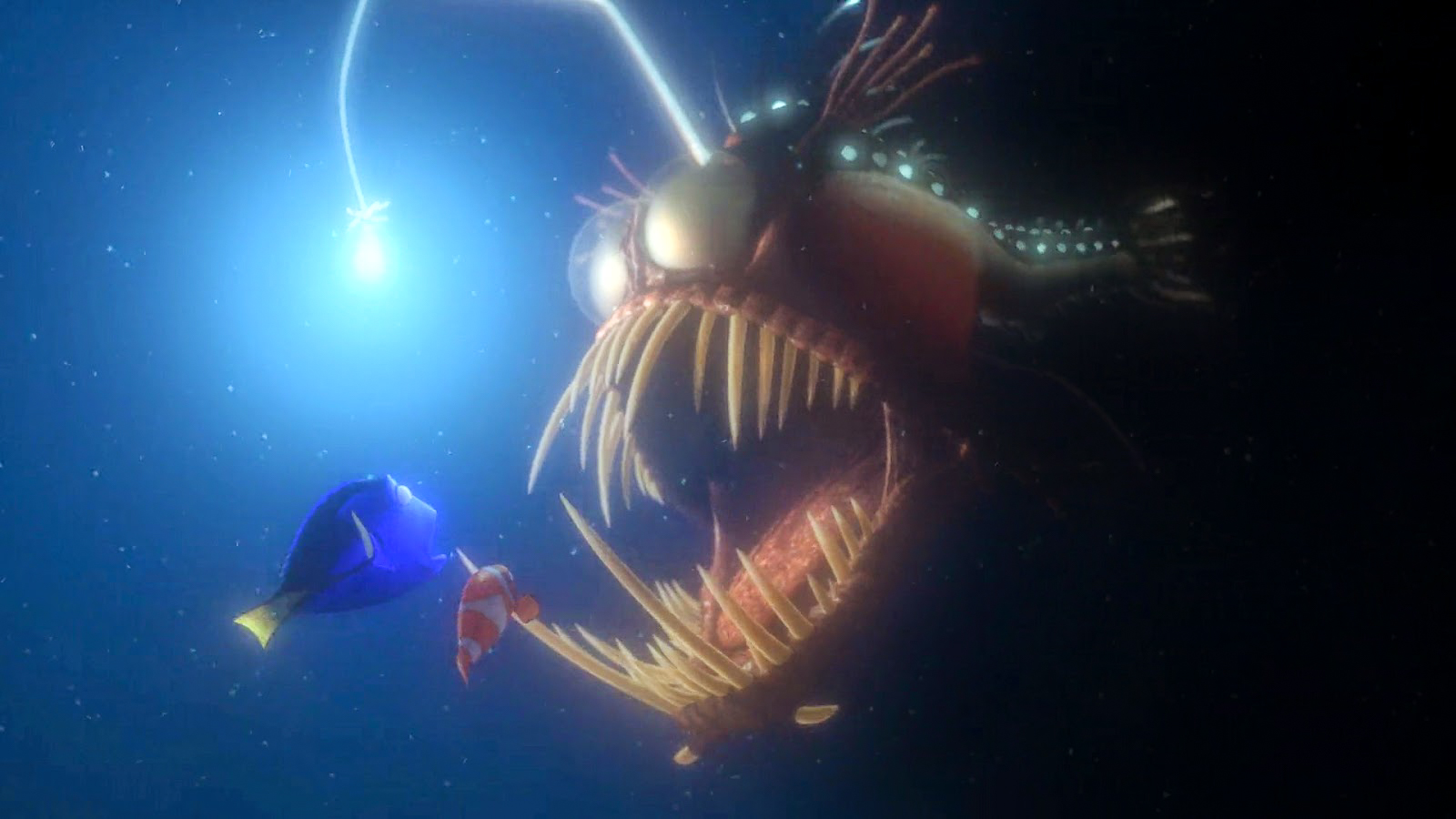 You might have already had a glance at it - the new SS22 collection is out and Skitso fans love...
Read more

In our Lookbook we show you recent trends, new launches and give you inspiration on howto...
Read more

The Skitso workshop has been creating handcrafted articles in original designs since 1985. The...
Read more

Get to know Decor Demon

Decor Demon is a little workshop inspired by the beauty of the Mediterranean. Its collections...
Read more
Content not available